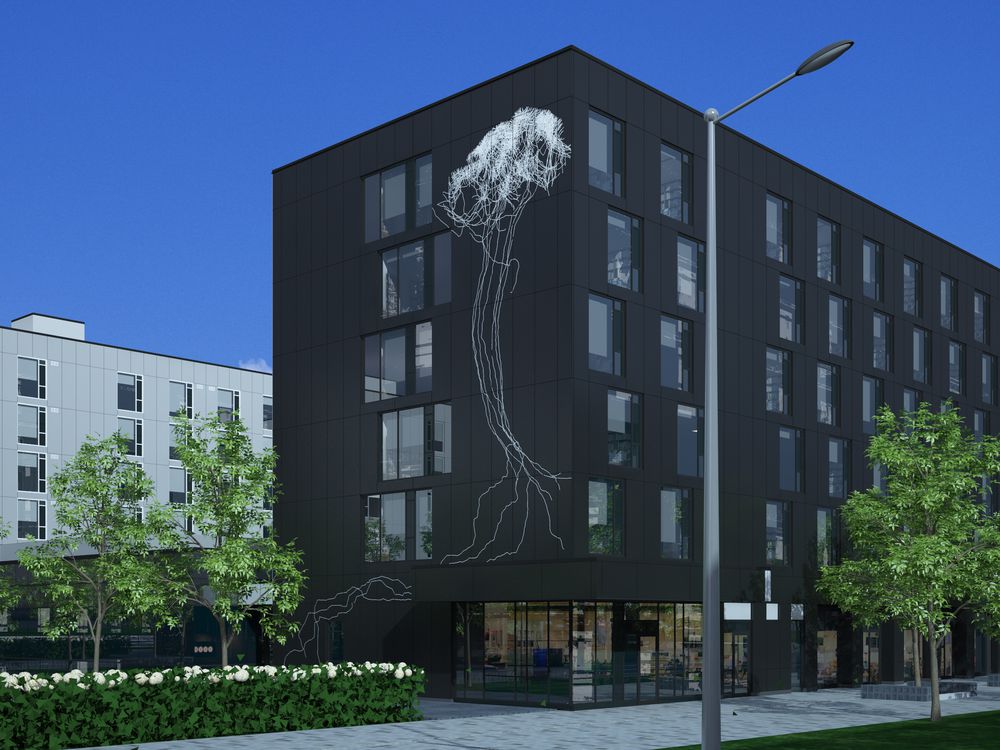 With their Etch-a-Sketch exteriors, York’s Quad student residences are hard to miss

In architecture, a dozen years is a very long time.

Back in 2005, York University’s Pond Road Residence was the new kid on the block, literally. Built where weedy fields once defined the southern border of the enormous Keele Campus – designed by a three-firm consortium called “UPACE” back in the early-1960s – the long, architects designed building delivered “sexy downtown condo sophistication” in the form of a “candy coloured” curtain wall with many sustainable features, such as a green roof. It was, this space reported, the downtown “Toronto style” of condominium made accessible to students forced to live a very long trek away. Fast-forward to my visit a week ago, and not only does York now boast a very downtown-ish subway stop, it has a very European residential building, Quad Student Community, that, forgive me, makes Pond Road Residence seem rather old-fashioned by comparison.

Quad, Phase I, completed in 2017, is a public/private, 800-plus-bed project developed and financed by Forum-Campus Suites and designed by ARK (Architects + Research + Knowledge), a successor firm to postwar modernist Irving Boignon’s (1924-2007) practice, under the direction of partner Christophe Gauthier.

Quad presents itself to campus as a dark, brooding-yet-handsome, non-curtain walled, Scandinavian-like beast that doesn’t float “precariously above the earth” or try to perform “acrobatics” like its neighbours, ARK’s Guela Solow-Ruda says.